I initially shared this idea in the collaborations channel:

A web3 version of linkedin/resume a way to showcase your achievements in the web3 space. At a high level right now I’m thinking you authenticate with your wallet and then we see if we can build a subgraph dynamically of that wallet so we can gather all activity from that address quickly and allow users to create a profile of achievements based on real on chain data.

A main net section to show the real stuff the person has worked on and put out there. all based on on chain data.

This could go further than just a profile though. We can allow folks the option to just quickly create their own profile on the platform as mentioned above. Or they can take their data which would be a graphql api built with the graph and do what they want with it. Create their own stuff with it - it is their data. The way this is structured we could turn this into a standard way for people to represent their data and allow other projects like job boards to query that data and use it with the consent of the owner.

The individual seeking work on the site should be our first class entity, and, in the spirit of web3 / decentralization / individuals over corporations, we should be helping a user build a profile that they take with them everywhere - implicitly or explicitly they will be giving us access as they build such a profile on their site, but if they wanted to make use of that data elsewhere, it would be available as it’s theirs not ours. This is one of the early things that got me looking at the uto…

As @dhaiwat10 mentioned in the discord an on chain resume tracker is perfect for integrating here.

Love the fact that this would let the users have ownership of their data & how easily this could be integrated with other projects.

Thanks for putting this together! Would love to hear opinions on this one.

Love this idea, thinks it’s super interesting and the ability to take their resume with them throughout web3 would be awesome.

I’m very new to web3 but am I right in thinking most individuals “commercial” work would be deployed by a “company” or “project” wallet address rather than their own? If so, would it be possible for us to build some kind of verification they were involved in a a particular project that wasn’t ultimately deployed by their wallet address? Maybe by getting whoever owns the contract to verify using their digital signature?

Yea that’s definetely a problem that requires some thinking through. Some thoughts I had in mind were something along the lines of figuring out how to incentivize large companies or projects to confirm this type of work.

Could be that part of accessing the api they need to contribute to it or something along those lines.

I could see DAO’s and smaller projects potentially being up for this but unsure of “companies” until there is a large enough amount of data for them to care.

With that said I think I might have an initial thought process of building this through:

My graph knowledge is 0 unfortunately, @dabit3 mentioned he’d be up for discussing this also I think we should organise a conversation very soon and work towards a proposal.

I’ve been sitting on an idea I’ve explained in a bit of detail in our discord here for a while which would be very easy (in marco terms) to execute and gain traction for the job board as a whole whilst we build in the decentralised ID piece.

You could get the above up and running very fast using Airtable/supabase and CDK/serverless for backend/API - thinking Airtable as it would make it easier for less technical contributors to get involved in the curation of the company profiles (and also create forms to give to leave on the site for companies to request being added).

If we could front run the broader decentralised ID idea with this and gain some real traction, it would probably be easier to get more interesting organisations on board for the On-chain Resume/DID aspect faster (as we’d have been provided them value already). Sure we could build in some crypto economics to somehow add value/network affects on the applicant side (e.g referrals) and the company side (e.g staking $JOBZ or whatever we’d call it to boost their job posting).

Appreciate this is diverging a lot from the pure on-chain resume concept but thought it useful to share my thoughts.

I’m not sure the purist sense “on chain” (i.e. stored in a smart contract) is viable; there would be no way of entering so much data without spending literally tens of thousands of dollars in gas. (c.f. updating your ENS socials). However, linking to IPFS is possible.

Caveat: I’ve spent about 3 weeks of weekends and evenings in total in this space

@Jof makes a very good point here. I don’t know the ins and outs of solving that problem though…

I had another thought about privacy. I worry one of the major benefits of public ledgers is also potentially one of its biggest risks, the fact that everything is public. People might not want to make everything they have worked on public. Is there a way we could store this info off-chain and allow people to only give (and revoke) permission to read this data to specific platforms/people ?

@Rahat there seems to be a lot of interest for exploring this idea, know you’ve had a chat with another community member and started brainstorming, should we get a call organise to brainstorm further?

Could then make a proposal back to the community once we’ve fleshed it out and have some people excited to help get the project rolling?

@kempsterrrr True it is a problem we can look at further. And yes let’s organize a call. Here is a lettcemeet to get an initial call set up: 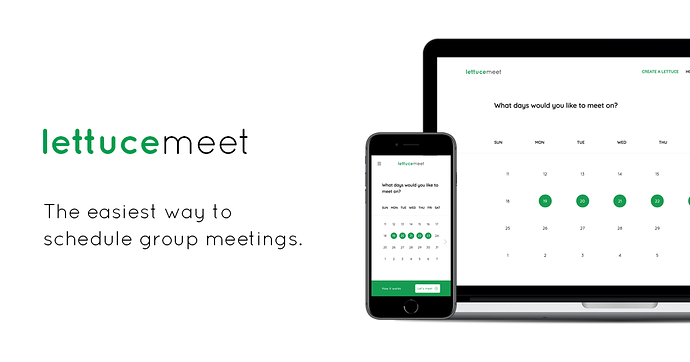 Yes, rabbithole is a good example. We are planning something which will aggregate data from a lot of such on-chain skills data providers and create a kind of collective database of an individual’s credentials/NFTs. We will discuss more about it in the meeting. Make sure to fill up your available timings in LettuceMeet link if you are interested.

GitCoin already has a platform to do Web3 contract work by collecting “Bounties”. You can also earn badges for taking tutorials and doing whatever achievements in their Learn product. You can also have your clients’ reviews of your work on your personal “developer profile”, which kind of looks like a LinkedIn profile. In a way that’s similar to a resume. I know LinkedIn is trying something similar with LinkedIn Learning.

I do like the idea of showing the testnet and mainnet sections, and being able to associate that to the person. To expand on that, it would be nice to show that you actually worked on a project, or that you actually worked at a company for a given period of time. We can definitely use the blockchain to solve the problem of Verification–proving that a person is who they say they are, or has the skills that they say they have.

Hi all, just saw this now. Very interested in this topic. We just created a new channel on Discord to discuss #proof-of-competence

hey, I’ve just stumbled upon this thread and want to mention that I’m a part of a team who already built something like proof-of-competency. - in fact, we were awarded EU Regional funds in 2019 to develop a web2/3 freelancing platform focused on skills-as-blockchain-assets. Each task comes equipped with necessary skills that are rewarded to the freelancer after work completion. These skills are then minted and become a part of their on-chain resume. By doing this, a freelancer’s professional identity is instantly verifiable since skills written on the blockchain must be verified by a client for whom the work was done.

I’m new here but I’m more than happy to connect and just show the community what we’ve build. We’re not live yet, but are planning for a demo release soon.

Let me know if anybody is interested in taking a look at a “web3 fiverr”.

That’s a neat idea. I’ve been working on a similar concept - although not for freelancers, but for regular employees, consultants etc. The idea would be that you would have a CV where the experience (and potentially education as well) section would be a series of validated jobs. Right now (even on LinkedIn) you can write whatever you like and it’s up to the employer to figure out if it’s accurate or not. This doesn’t seem optimal.
I’d love to see what you’ve come up with - I’ll send you an email.

hey, we’re developing different business units, and one of them is certainly an in-house HR tool for upskilling, skill-gap identification.

you’re welcome to have a look at our brochure: https://drive.google.com/file/d/1uRzDX3d7oIs_oAjgImilsg2sBXuNvAAA/view?usp=sharing

or check out our tw, albeit barren now; we aim to kickstart it during this month: @WorknSkill

The “problem” for us is that we’ve developed this in a vacuum since we got a nice chunk of financing via EU funds, and we’re now trying to connect with the relevant communities with literally 0 social capital